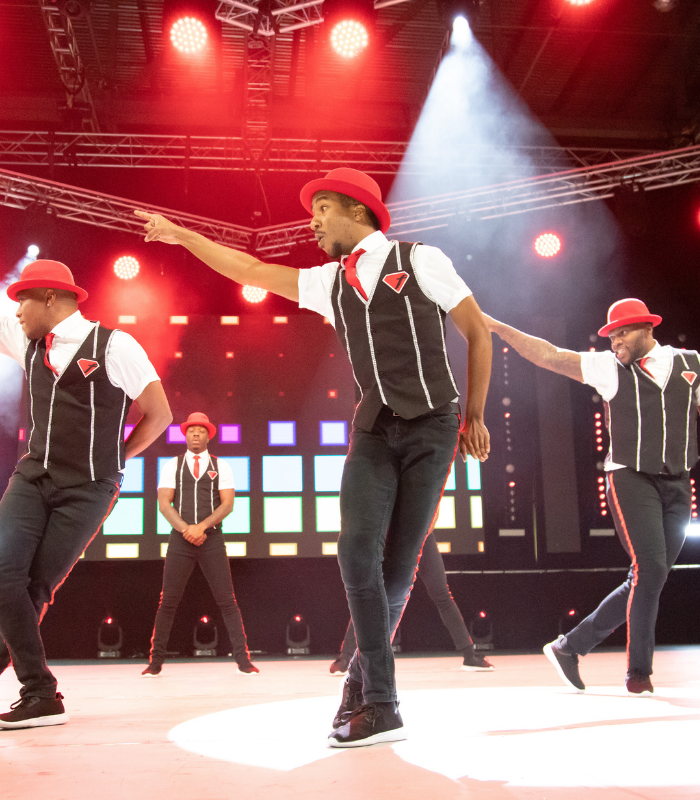 After catapulting to success on Britain’s Got Talent, back in 2009 with their slick fast-paced routines and jaw-dropping skills. Flawless has become one of the UK’s hottest and biggest dance acts. With exceptional versatile technical abilities as well as their charismatic approach and razor-sharp sense of style, Flawless has helped to revolutionize Street dance. Their sophisticated and mature execution has always enabled them to stand out.

Flawless have been wowing audiences for over a decade, they are two times winners of the World Dance Championships, starred in the number one UK box office hit movies Street Dance 3D 1 and 2, headlined at Buckingham Palace for Queen Elizabeth II including her Diamond Jubilee Concert. They have also worked with some of the biggest names in the music industry including Madonna, Beyoncé, Rihanna, Kylie Minogue, JLS, Leona Lewis, Emeli Sande and many more to mention.

Flawless is a premier dance collective with an incredible portfolio that reflects their growth as a creative company and as a worldwide commercial brand. They have their own school The Flawless Dance School which is headed by founder Marlon Wallen, this has given Flawless a chance to teach, educate and develop the next generation of stars.
“We can’t always choose the music life plays for us, but we choose how we dance to it.”