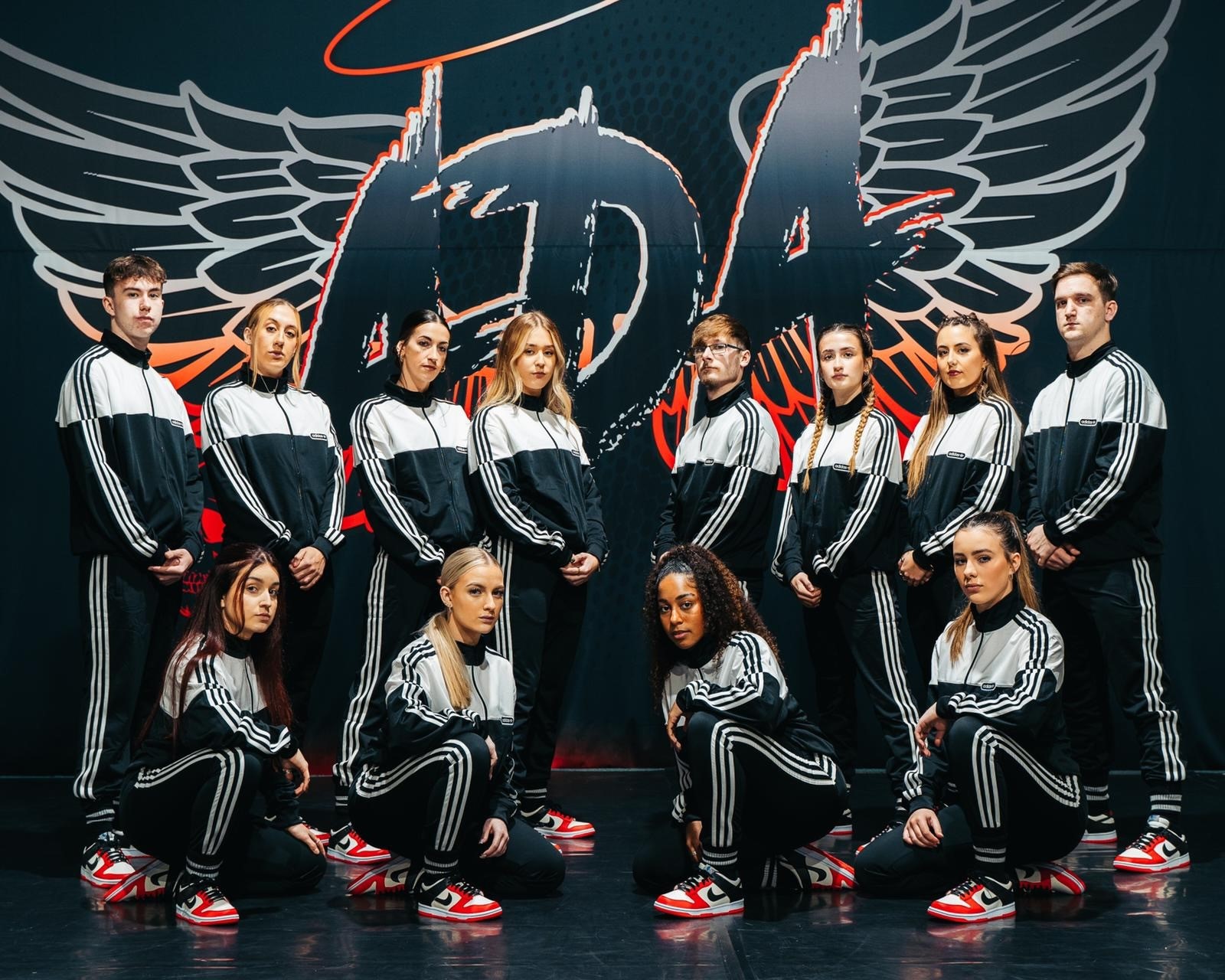 Dark Angels are a hip hop team from Bristol. They belong to Angels Dance Academy and have been competing for over 15 years. Charlie Bedford is their Director, choreographer & Coach.

Dark Angels have represented their country for the past 15 years at The Dance Worlds winning in 2008 and 2019, they will be going back in 2022 to defend this title!

Their most recent achievements are appearing on The greatest Dancer and making it to the live finals. They have also qualified for the World Hip Hop international championships which will take place in 2022 .

Dark Angels have also been filming a 6 part documentary for E4 which is to aired early next year. This documentary follows  Charlie & The Dark Angels in their day to day lives  and captures the highs and lows of dancers who are training and competing in the dance industry.

ABOUT THE E4 DOCUMENTARY

Street Dance: Against the Odds, Thursdays 10pm on E4.

E4 is to spotlight the lives of a Bristol-based hip-hop dance crew in a six-parter from Growth Fund-indie Proper Content, Broadcast can reveal. Airing next year and part-funded by the BFI’s Young Audiences Content Fund (YACF), Breaking Bristol (w/t) will follow the 30-strong Dark Angels as they fight to defend the UK title in the National Dance Championships. Each episode will tell the personal stories behind the troupe, as they juggle school, work and family with their passion.

“The series promises laughter and tears as we root for the Angels, hoping they win in life and dance,” said DeHaney.